Waiver of Process Consent to Probate: Everything you need to know

Waiver of Process Consent to Probate: Everything you need to know 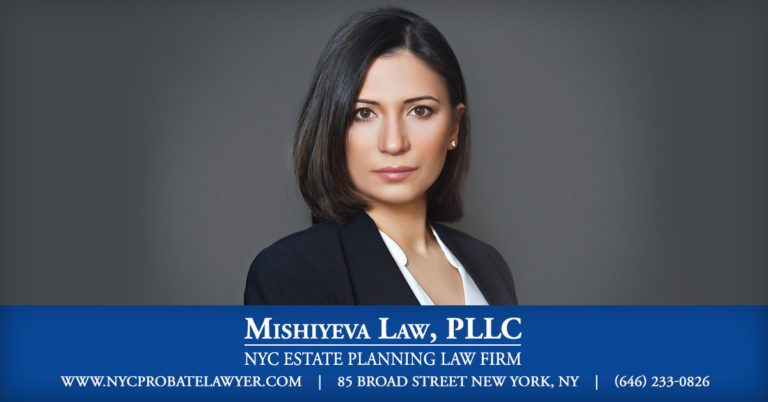 What do you need to consider when you are provided with a Waiver of Process to Consent Form?

Most of my conversations with callers concerns the Waiver of Process Consent to Probate form. Or as I like to call it for the purposes of brevity- the Waiver & Consent form. The first question I often ask when someone complains about an executor or estate administrator is did you sign a waiver and consent form? This form is circulated in both probate and administration proceedings: when a decedent dies without a will (administration) or he dies leaving a last will and testament (probate).

The following is an easy example to acquaint you with the topic of how and why a waiver and consent form is relevant and necessary in a probate estate proceeding. Although this example addresses probate, we discuss administration later on in this article.

David is a resident of Brooklyn and is 85 years old. He goes to his lawyer to make a last will and testament. In the will, he wants his niece and nephews, Abby, Ben, and Carl, to inherit all of his property equally. Within the will, David appoints his longtime friend Ellen to be the “executor” of the will.

Subsequently, David deceases. Since the assets were on David’s name alone, a probate must be commenced in Kings County Surrogate’s Court (place of decedent’s residence) to pass title to his will beneficiaries. David’s assets CANNOT be lawfully transferred to his niece and nephews unless the will is admitted to probate. This is where Ellen comes in.

Among a host of other documents, Ellen, as the nominated executor in the will, must file the original last will and testament, the original death certificate, and a probate petition with the probate department in Kings County Surrogate’s Court. Why is Ellen doing all of this? In order for Surrogate’s Court to declare David’s will as genuine and officially appoint Ellen as the fiduciary of his estate so she can carry out his last wishes pursuant to the will.

When submitting documents to the Surrogate’s Court, Ellen or her estate lawyer must disclose to the court the names and addresses of all of David’s distributees. A distributee is an heir (ie next of kin) of the deceased who would have inherited a portion or all of David’s estate had he not left a will. David’s distributees could be his siblings, children or first cousins. If David was married at the time of death, his wife would be a distributee entitled to notice of his will.

The distributees must be given notice of the commencement of the probate proceeding and receive a copy of the will. This provides the distributees with an opportunity to contest the decedent’s will or object to the appointment of the executor. If no one challenges the will or the contesting party is unsuccessful in its challenge, and the court declares the will to be a valid instrument, the document is admitted into probate as the last will and testament of the decedent, which allows the assets to pass according to the instructions in the will.

If a will contest is successful, the will is struck down and a decedent’s assets pass by a concept called intestate succession. Intestate just means to die with no will. In intestate succession, David’s next of kin would inherit his estate, not his named beneficiaries (assuming they are not his distributees).

By signing a waiver of process consent to probate form, you are essentially letting the court know that you have no issues with the will and you are waiving/forfeiting your right to challenge the will and the appointment of the nominated executor.

Many times throughout the week my office mails out letters to distibutees asking them to sign the waiver and consent. Without executed waiver and consent forms from all distibutees, a will cannot be admitted into probate UNLESS the non-signing parties are served with a citation. A citation is a court ordered document which directs you to appear in Surrogate’s Court on a certain date to voice your objections to the will or to the appointment of the nominated executor. If you fail to appear, you are considered to have consented to the probate and nomination by default. Very often, distributees refuse to sign a waiver and consent form and fail to appear at the citation hearing. The result is the same: the will is admitted into probate and you have no grounds to object later on.

Now that we have a good idea of when the waiver of process consent to probate form comes into play, let’s go over some key points about this legal document.

Here are three general reasons that in my experience I have seen why someone would not sign this form:

If you don’t sign the form, a citation will be issued with a court date. You need to appear on the court date and outline your objections to the Surrogate judge.

Once you have signed, nothing else is needed on your part. Assuming that all other distributees (if any) have provided their consent, all necessary documents have been filed, and there are no issues with the will itself, the executor will shortly thereafter be appointed and will move forward with administering the estate. Do keep in mind that you waive your right to object to the will and cannot take back your consent later on. Any concerns you may concerning the will or about the executor, must be addressed and resolved before you sign or at the citation hearing.

Signing early on is sometimes in the best interests of the estate and your inheritance. If you stand to inherit under the will, and refuse to sign out of spite, lack of knowledge, or want to make things difficult for the executor, it may hurt your bottom line. Citation hearings can get costly for an estate by way of legal fees and service of process fees. It further delay the administration and distribution of the estate. A distributee that resides in New York State must be served with the citation by personal service, which can take multiple attempts. A citation hearing will keep getting adjourned if service is unsuccessful, requiring the appearance of an estate lawyer at each hearing.

Waiver of Citation, Renunciation and Consent to Appointment of Administrator

A form titled “ Waiver of Citation, Renunciation and Consent to Appointment of Administrator ” pertains to an estate where the decedent dies without a will. By signing this form, you essentially consent to the person petitioning Surrogate’s Court to be appointed as estate administrator and you forfeit your right to be an administrator. As a distributee (ie next of kin) you almost always have the right to be an administrator of the estate. There is no retracting the waiver once you have signed. A fiduciary can be removed later on in the proceeding but the grounds are primarily based on fraud, mismanagement of assets, conflict of interest and/or breach of fiduciary duty to the estate. Speak to an estate attorney if you wish to be appointed instead or if you have concerns with the person attempting to be appointed.

Did you receive a waiver of process consent to probate form recently?

If you have received this form or a citation to appear in New York Surrogate’s Court and would like to speak to an estate lawyer before making a decision on whether to sign or appear in court, call us immediately at (646) 233-0826.

Attorney Advertising. This article is designed to provide general information. It is not intended to be legal advice. It can not and should not be substituted for proper legal representation. You should consult an attorney for legal advice regarding your rights as every case is unique and requires in depth analysis and preparation. Do not submit confidential information through this website. Contact initiated through this website does not create an attorney-client relationship. We make no warranty or guarantee of the accuracy or reliability of information contained herein.