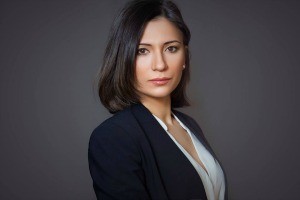 Medicaid benefits are a vital support for hundreds of thousands of New York residents. The well-known program is the main provider of nursing home care in the United States. Sadly, many people and lawyers alike continue to be puzzled by most of the complicated rules surrounding Medicaid eligibility. It is often the case that people only have a slight apprehension of how Medicaid works from chance conversations with physicians, social workers, friends and neighbors.  To start, New York State qualifies people for Medicaid eligibility based on specific limits and guidelines of income and resources, which can vary within a given year.

The Spend Down Provision

One of the most frequently asked questions by NYC residents involves the “spend down” provision. The term refers to the process of decreasing your non exempt assets in order to qualify for Medicaid.  If non exempt assets remain intact, the person in need of health care will be obligated to “spend down” their own assets before Medicaid will step in and cover costs.  What people do not realize is that with the proper estate planning tools, there is an extensive list of wide-ranging ways to decrease the value of a candidate’s estate that will allow for Medicaid qualification.

Does Medicaid Consider All my Assets When Determining Eligibility? 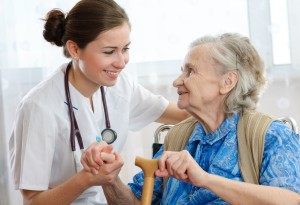 Firstly, it should be noted that Medicaid does not consider all resources of the applicant. What this means is that some assets can continue to remain on your name and do not have to be liquidated or spent to pay for high medical costs. The assets that are not considered by the agency when determining eligibility includes a home, motor vehicle, several household furnishings, certain retirement accounts, and a insignificant sum of cash. But when it comes to deciding on whether these resources are truly exempt, and if any limitations apply, the analysis is made on a case-by-case approach. In assessing eligibility, the NYS Medicaid office takes into consideration an applicant’s marital status, which county they reside in, who they live with, and so forth. The rules and regulations of Medicaid eligibility vary depending on whether you are married as single New York State citizens have fewer exemptions available to them.

Will my spouse be forced to spend down assets as well?

It is normally the case that the assets of both spouses are taken into consideration throughout the application process, notwithstanding the fact that a non-applying spouse may own property on his or her name alone. The exception to this rule is if the non applying spouse is considered a “community spouse” under Medicaid. In order to be considered a community spouse, the following must be met: the individual must be the husband or wife of a spouse that currently resides in a hospital, hospice care, nursing facility, or a similar institution and it must be likely that the institutionalized spouse will continue to reside in the facility for a minimum of thirty days, all of which must be consecutive. The system is formulated in a way in which a well spouse does not have lose his or her assets in order to secure healthcare for an ill partner. However, without the proper estate planning, a couple with substantial assets may still be required to apply a portion of their resources towards medical care of the ill spouse.

Can I transfer my assets to someone else’s name in order to qualify for Medicaid?

Simply transferring assets to someone else often proves unavailing and may end up qualifying you for Medicaid Fraud instead. There are a variety of ways to properly transfer assets and qualify for Medicaid without resorting to unlawful means. Medicaid is known to scrutinize any significant transfer of assets through the infamous “look back” period. Fundamentally, assets that were transferred within five years from the date an application is filed will be considered as part the spend down and will render the person ineligible for a certain amount of time.

Will placing assets into a Trust qualify me for Medicaid?

While preparing beforehand for potential Medicaid support, there are several approaches that can be used to protect property. One of the most popular devices is placing assets into a Medicaid Asset Protection Trust (MAPT).  Any income that the MAPT generates, whether it is derived from real estate or stock dividends, can be paid to the creator of the trust or their spouse.  The advantage of creating a MAPT is that any assets placed into the trust that exceed the exemption amount are protected.  In other words, the creator gets to keep his or her assets and still qualify for Medicaid. It is important to take note that the assets placed into the MAPT do not escape the Medicaid five year look-back period. The transfer will still be scrutinized by Medicaid when determining eligibility and whether the spend down provision applies.  This is the reason why it is so imperative to create a MAPT as soon as possible.  It is never wise to undertake the transfer of assets or the preparation of a MAPT without an attorney specializing in elder law and estate planning matters. The guidance of an attorney is necessary when planning for Medicaid. The rules regarding eligibility change often and differ from state to state.  Contact a New York Medicaid Attorney today or call us at (646) 535-1667.